Chocolarder, new kid on the block when it comes to bean-to-bar UK chocolate makers. One of a handful of chocolate specialists including the likes of Duffy of Red Star Chocolate Ltd, based in Lincolnshire and Pump Street Bakery based in picturesque Orford, Suffolk.

Chocolarder is an artisan bean-to-bar chocolate maker based in Penryn, Cornwall. One of Cornwall's most ancient towns and an important harbour in years gone by. Now the centre of artisan chocolate production on the Lizard Peninsula.

The packaging is very functional with a wallet like feel which allows you to keep your chocolate treasure in safekeeping for later nibbling. 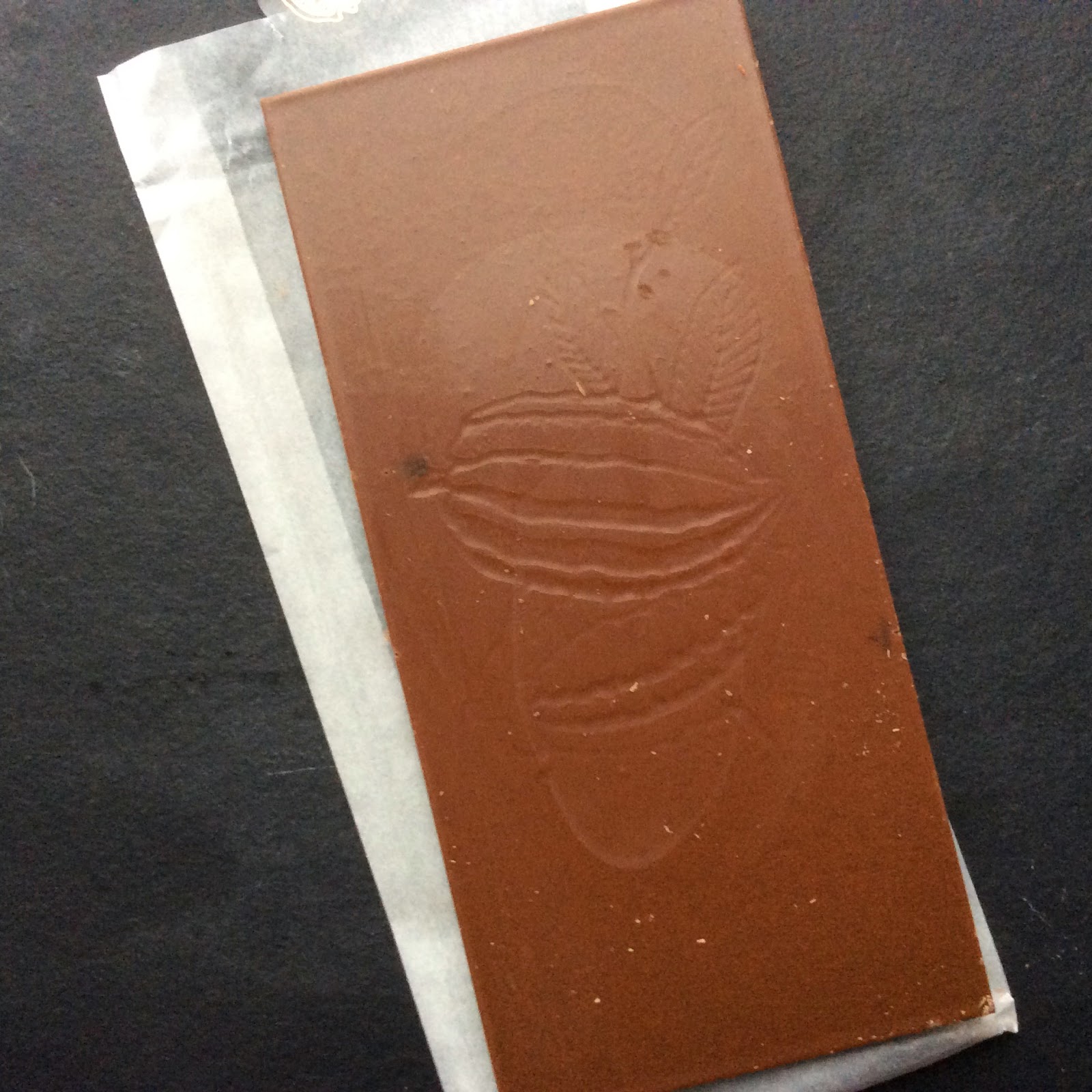 Single Origin Milk Chocolate with Honeycomb....this 70g bar of milk chocolate, 40% cocoa solids, is made using single origin chocolate, Trinitario beans from Java with honeycomb pieces. The label also tells us about 'grind length' a statement that could be misconstrued but, essentially this tells us this is a bar of quality chocolate. A longer conche effectively translates into a dream bar of the brown, sweat stuff.....well that's the theory.

A beautiful shiny exterior glistening like polished mahogany even under these gloomy grey Essex skies. A good snap and a creamy smooth rich fudgy loveliness intermingled with honeycomb crunch. The accompanying tasting notes suggest strong earthy and floral tones from locally sourced honey which has been cold-pressed. Allegedly this process ensures all the good stuff including vitamins and nutrients remain intact and are not destroyed by heat.

I've diligently placed what's left of my chocolate bar back in the wallet to be enjoyed later. But, it keeps calling me back which means it will be devoured sooner rather than later. Good job I ordered two! So, just on this premise alone this is a good bar of chocolate and competes well with the likes of Duffy and Pump Street. Priced at £3.95 for 70g.

Well done my lovelies!
Posted by Chocchick at 15:44