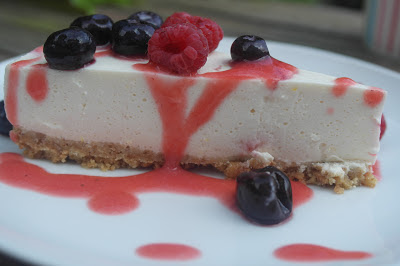 Laura Robson is through to the second week of Wimbledon, the Rolling Stones are at Glastonbury and the sun is making a real effort to shine! So, it seemed like a good excuse to try a summery dessert.

I found this recipe on the BBC Good Food website and made a slight alteration to it as several people had commented that the mousse was a bit floppy so, I've increased the number of gelatine sheets to compensate.

For the mousse cake: 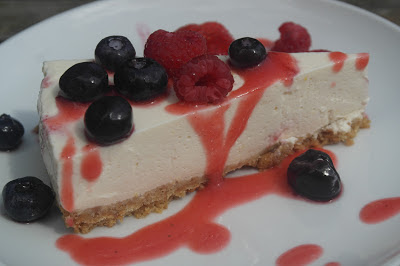 The result is a delicious and surprisingly light summer dessert which will delight your guests and have them coming back for more.
Posted by Chocchick at 11:09