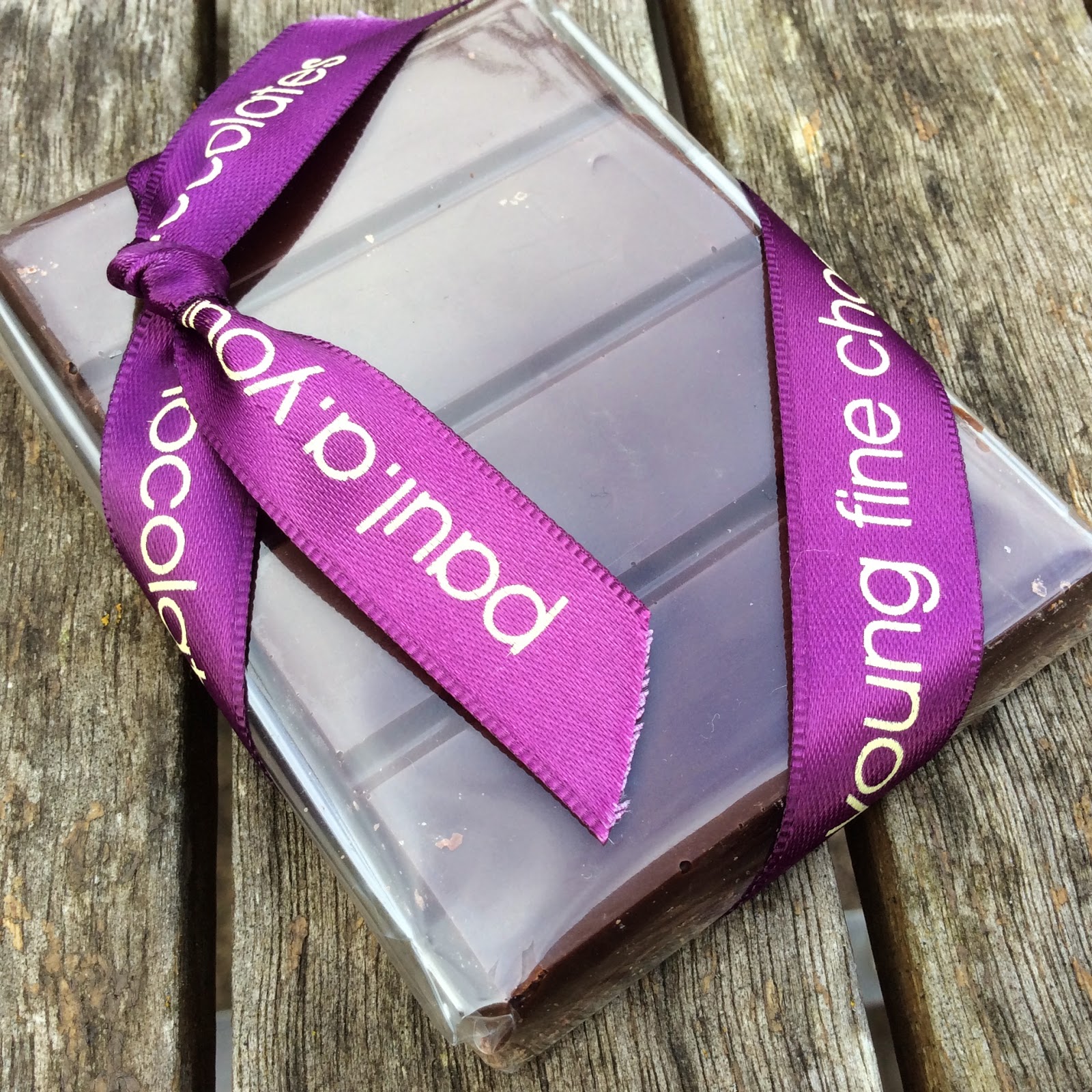 An early raid on Easter chocolates was usurped by a bar of Sea Salted Caramel from Paul. A. Young. Phew...that was a close one!

For those of you who are new to the world of chocolate, Paul.A.Young, is a confectionary wizard when it comes to making fine chocolates with fresh ingredients. You can find PAY stores in Wardour Street, Camden Passage, The Royal Exchange and Heals. His empire is certainly expanding! I recently discovered that you can buy some of his chocolates online at Craved.

You can find such flavours


including Sourdough; Chilli and that old favourite you either love it or hate it, marmite. Not surprisingly this rather edgy marmite bar is on offer at £3.50 reduced from £5.90.

Paul and his team of apprentice wizards, that's certainly an apprenticeship to end all apprenticeships if they offer such things, make all their chocolate delights without the use of complicated tempering machinery preferring the coolness of marble to facilitate the magical process.

As you would expect, the chocolate, a 64% Madagascan dark chocolate, is delicious,  delivering a woody and fruity almost zesty aroma.


The soft caramel has been sandwiched in between two pieces of chocolate which have been cleverly glued back together. Maldon sea salt has been combined with the sweet caramel to provide a little astringency;  very subtle. This particular bar won Gold at the International Chocolate Awards European Semi-Final. You can now learn how to make this bar by joining one of his workshops,  but hurry as these events are selling out fast. 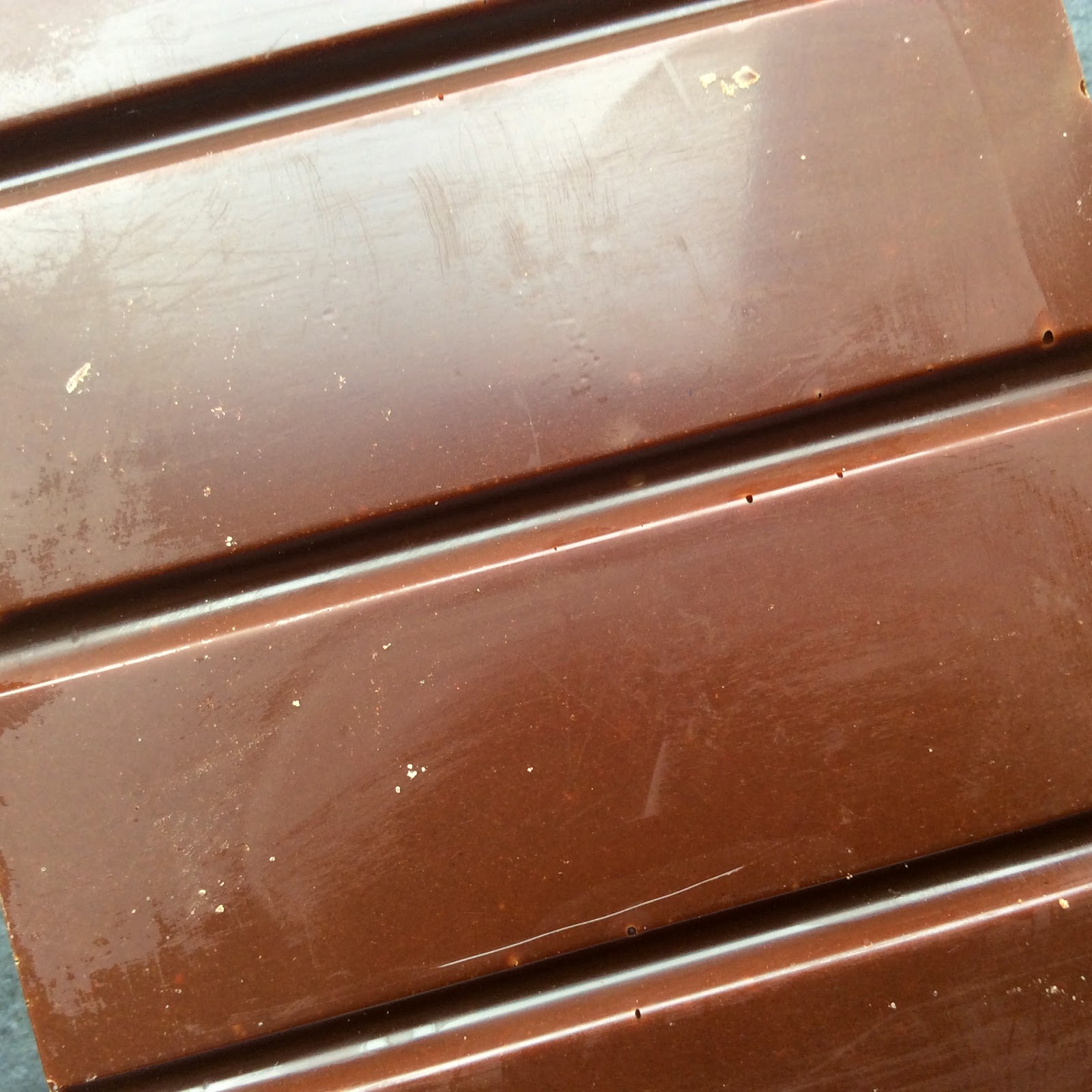 Little effort or for that matter expense has been made in regards to packaging. A simple piece of fairly thick clear plastic held together with two labels and a purple bow. Paul makes it clear he wants his chocolate to do all the talking. Substance over style.

Nowadays caramel and sea salt is probably the most popular flavour in the world and can now be found in absolutely anything. I enjoyed this bar which is really well balanced but to be honest I prefer a plain bar rather than the squidgy mix.
Posted by Chocchick at 17:40